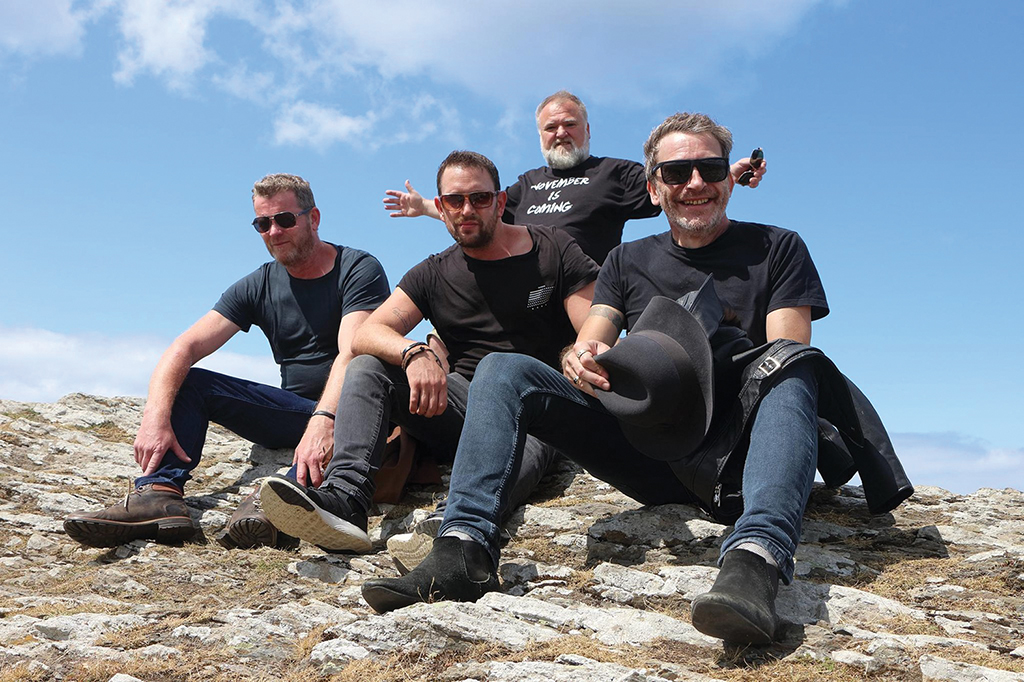 Organisers of Gallagher Park Live hope the announcement of the co-headlines will be “Good Enough” for music fans, as one of the ’90s most prominent Britpop bands, Dodgy, will be heading to Bedlington this July. The London based band will co-headline this summer’s Festival at Gallagher Park playing fields in Bedlington, which takes place on Saturday, July 16th.

During the Britpop period, Dodgy had 5 top 20 singles and have proved their longevity with 6 studio and 3 compilation albums. The band are festival veterans, having played at Glastonbury, Isle Of Wight and headlining many smaller festivals over the past two decades. They bring an extensive back catalogue and an array of recognisable hits, which are sure to go down well at Gallagher Park Live.

And, to ensure the crowd “Don’t Stop Moving”, S Club Allstars will co-headline the event.

S Club Allstars are a mixture of past members of the multi-award-winning bands of S Club and S Club Juniors. With four UK number-one singles, one UK number-one album, a string of hits throughout Europe and a top 10 hit on the US Hot 100, S Club were one of the most successful groups of the 2000s. Their major hits include Don’t Stop Moving, Bring it all Back, Reach, and S Club Party.

S Club Juniors were formed in 2001, cast through a reality television show. Their top 10 singles include One Step Closer, Automatic High, and Puppy Love. Tina Barrett and Bradley McIntosh of S Club 7 and Stacey Franks of SClub Juniors form “S Club Allstars” and will make sure that the S Club Party doesn’t stop at Bedlington.

Funded by East Bedlington Parish Council with contributions from Choppington Parish Council, West Bedlington Town Council, and private donations, the Gallagher Park Live Festival looks set to appeal to all ages and members of the family. As well as the headliners, there will be a wide variety of support acts, fairground rides, food and drink stands and many more attractions.

Parish Clerk Ron Thornton said: “S Club Allstars will give us plenty of songs to sing along to. Their back catalogue is simply hit after hit, and the crowd will find it hard to ‘stop moving” to their music. With Dodgy and S Club Allstars now confirmed, we can all look forward to a fantastic day out.”

Organiser Mel Jackson of Jigsaw Event Management said. “As well as our fantastic co-headliners, we have even more acts to be confirmed, and there will be a great atmosphere in Gallagher Park with fairground rides, food concessions and hopefully good weather.”

Previous year’s headliners have included Matt Cardle, The Commitments, and Johnny Hates Jazz, all of which have entertained thousands of people at the free spectacle.

Keep an eye on the Facebook page for updates.

Fancy playing in a brass band? Bedlington Brass are looking for new members!

Ashington Beauty Bedlington eating out food Morpeth North Shields North Tyneside Northumberland Review Shiremoor sport travel Wallsend Whitley Bay
Close Menu
We use cookies to ensure that we give you the best experience on our website. If you continue to use this site we will assume that you are happy with it.OkPrivacy policy