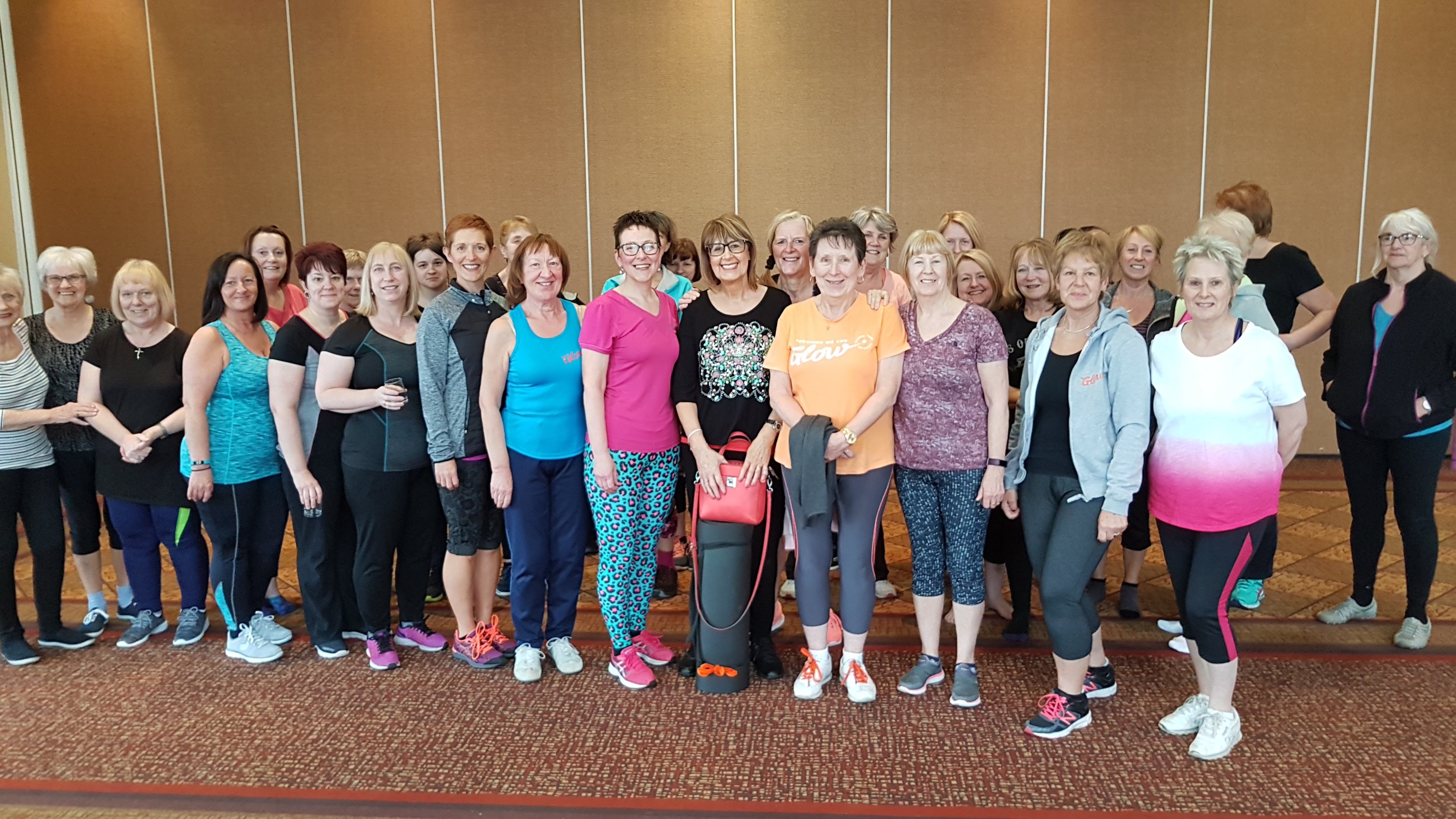 Unlike gyms focussing on working out, or weight clubs which focus only on calories, Glow classes believe the best way for better health is a combined approach of exercise and diet. Margery Wilson visited her local Glow class ran by Liz Ford to find out more…

It was with some trepidation that I pulled into the car park at Beaconhill Community Centre in Cramlington on a dark,
wet evening.

It was years since I had done anything more strenuous than walking, but the information video on the ‘Glow’
website assured me that I could work at my own pace and ability.

As soon as I entered the spacious hall I felt comfortable – the buzz of conversation and the greeting of the coach, Liz, were very welcoming. Liz told me about the session and how she had a background knowledge of dietary needs and healthy eating plans. She introduced me to the members who had arrived and gave me a basic health questionnaire to fill in (this was purely for my own well-being). Having returned the form, the ladies around me included me in their conversation and told me about the myriad of social activities Liz arranged for them as well as taking the classes.

After about half an hour, Liz gave a little talk – this week about Osteoporosis – then the work began! There were about 40 ladies there, and we started with a warm-up session which consisted of a series of gentle movements performed with background music. We then had a ‘water break’ and the workout part of the session began.

For each exercise (which was repeated for 30 seconds) Liz showed an ‘easy’ version and a more energetic one, and it was left to the individual to decide which one to follow. I opted for the easy version and found I could keep up, though my arm/leg co-ordination left a lot to be desired! As the session progressed, however, I found that I was getting into the rhythm and although one exercise flowed into another I felt I was improving. Throughout the workout there were ‘water breaks’ so I never felt dehydrated.

The cool-down at the end was very relaxing and rounded off the session perfectly. Liz showed me a timetable of the weekly sessions and each one consisted of different sets of movements so there was always variety. This variety applied to all her classes on different days, different times and in different venues. I have to admit that I was more than favourably impressed with my first visit. I have been to weight-loss groups and exercise groups before but to have them both included in one session was great. I have never been to a class where I felt so much at home and where there was no sense of others watching and criticising. The atmosphere from start to finish was genuinely friendly and sociable, the surroundings welcoming and the exercises were extremely ‘do-able’.

I would have no hesitation in recommending these classes (whatever your age, shape, size or fitness level) and am looking forward to next time. I feel as if I have made some new friends and I was certainly ‘GLOWING’ when I finished.

Discover the Beauty of Marrakech